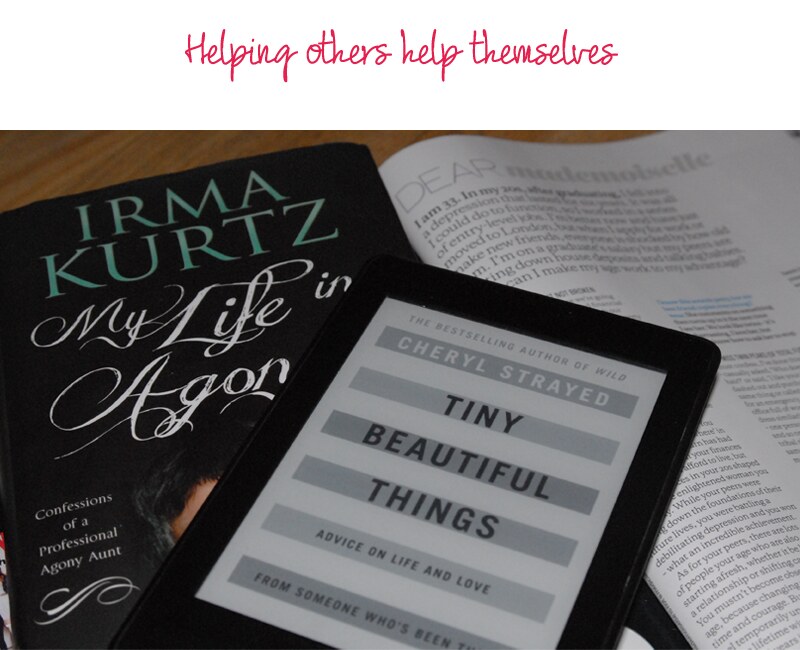 It’s been a long time since I’ve wanted to write anything. Longer than my posting habits would let on to be honest, because in the last few weeks there’s been times where I’ve forced myself to write something albeit sporadically. But I can’t remember the last time I actually sat down to write because I wanted to. Recently a colleague asked me about my writing, specifically on my blog, and it prompted me to think about why I wasn’t. He asked me if there was a certain tone I adopted specifically for my blog, a blogging voice for want of a better term. And when I asked why, he told me it was because that it had a certain style, aspirational and upbeat, that he recognised in other blogs, particularly lifestyle ones. Thinking about it, I realised straight away that he was right, my blog writing has a very particular tone of voice: it’s conversational, friendly and optimistic. Much like my own personality. But it wasn’t consciously constructed. It was more that it became an extension of me, a way of expressing my thoughts (in a strange sort of way to a load of strangers). But on a more basic level, I realised it was obvious for me to adopt that kind of tone of voice – even if just because I know that when people want to read something, it’s very rare that they don’t enjoy reading something that’s positive and upbeat. People (a lot of them strangers), don’t want to know about my problems, or the dull days which inevitably form part of our existence. They want to read something that engages them and inspires them, so it’s only natural that if I’m telling a story, I’ll edit it or convey it in a way I feel would want to be read. Considering all of this though only made me think more about why I wasn’t writing. Instead of writing, I’ve been reading. And maybe more interestingly (and something pointed out by a friend because it had completely escaped my attention), I’m reading books about helping yourself, and helping others to help themselves.

I’ve always been slightly fascinated by agony aunts. I rely a lot on my friends and definitely understand the need to speak to others about the things that are happening to me and around me. But the idea of asking a stranger for help is always something which seemed a little alien. My curiosity was sparked last year when I picked up a copy of Tiny Beautiful Things and Cheryl Strayed’s incredible capacity for empathy. I’d been recommended the book by a friend, and reading the way Strayed approaches perfect strangers’ problems was something that fascinated me. Even when the person was doing something they knew was wrong, she put herself momentarily in their shoes. And the idea that not knowing the person, somehow made her advice more compelling. She was unbiased and offered a fresh perspective which wasn’t clouded by the judgement that inevitably comes from the people who know you the best, just sound advice. So when Alma books got in touch about their new release, My Life in Agony, I was more than a little intrigued. Part manifesto, part memoir, the book is written by Irma Kurtz, Cosmopolitan’s professional agony aunt for the past forty years.

Tracing her life, both professional and touching on the personal, the memoir explores how Kurtz found herself inextricably entwined in her role as a ‘professional ear’. A particularly touching anecdote appears early in the book when she recounts an instance where she found herself offering guidance to another young girl: ‘I put down my spoon. I sighed. Only a beast would tuck into an ice-cream sundae while sitting next to a soul in confessional mode’. It’s not that Kurtz feels that she has all the answers to life’s problems, it’s that she feels compelled to listen. She recognises the need in others to be heard: ‘it was not a friend she wanted: it was a stranger who had to be female, one she was unlikely to meet again, who posed no risk of tattling to her classmates or family. Should the stranger be able to offer her a spell or potion, so much the better; however, the most importance things for a troubled girl was to hear herself speak without interruption’.

One of the things which stands out most throughout her writing is Kurtz’s ability to see things clearly. Though she remains emotionally involved with her subject, she remains objective in her response. She offers a view from the position of common sense, and wisdom that comes from a well-lived life. She never passes judgement on her subject, instead she remarks that ‘we agony aunts deal with anxiety about choices – bad, wavering or regretted’. It’s an interesting perspective, and one I’ve never thought about before. But I realised that some of my own hang ups about decision-making, are probably a reason behind my fascination with agony aunts – particularly lately, when I’ve needed to make important decisions which I feel are helping to shape and define the person who I think I want to be. Both in my professional and personal life. It might be that anxiety of sitting on the precipice and being unclear about what move to make next and the feeling of being overwhelmed by decisions, something recounted in a beautiful and effortless way by Sylvia Plath in The Bell Jar. Or it could be the feeling of self-loathing and regret which follows a terrible decision, or a mistake that we’re desperately trying to undo. And the job of the agony aunt is simply to listen, and where possible offer guidance and advice, and maybe most importantly remind us to go easier on ourselves. Although relationships and love are something Kurtz inevitably encounters, she promotes self love and tries to empower her subjects: ‘cultivate yourself, not to hold his interest – that’s up to him – but to keep you interested in yourself’. And it seems that without consciously doing so, she makes her reader feel empowered and enlightened. She doesn’t place herself above you, loftily looking down her nose at the things you’ve done wrong, she makes you realise that sometimes you’ve just been considering something from the wrong perspective for too long.

Sometimes it takes a stranger to help us see more clearly. And sometimes it’s important to know that even if the person you’re speaking to doesn’t have the answers, they’re there to listen. Kurtz recognises instinctively that for some of her subjects she doesn’t need to offer an answer, she needs to just reaffirm what they’ve been thinking all along: ‘I had merely spoken what she herself knew deep down and needed to hear’.