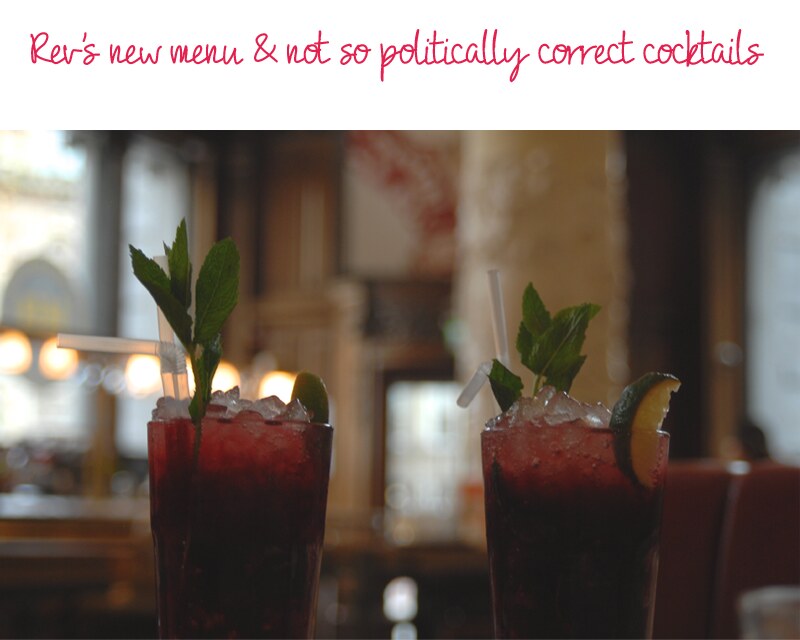 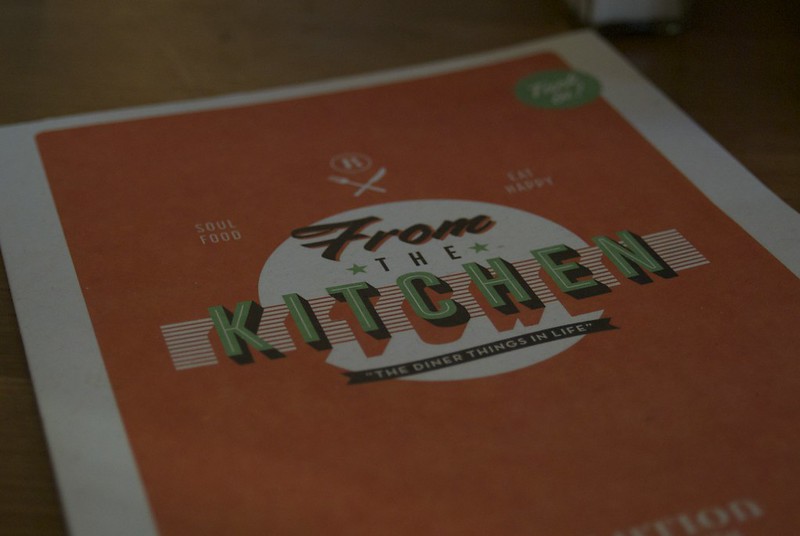 A few weeks back, I was invited along to try out the new Revs menu. Situated on Collingwood Street, it’s one of those places that I used to frequent when I was younger, but now rarely find myself venturing to. And every time I go, I forget how amazing its building is! An old Grade II listed building. Formerly a Barclays bank, it’s got the most amazing high vaulted ceilings and ornate features. Since it’s a pretty well known chain, it’s the sort of place that gets full of stag and hen do’s at the weekend. But during the week, can be quite a nice spot for a cocktail or bite to eat.

Since I’ve not visited in a while (for food or drinks), it was a nice excuse to get myself along when the Revs people got in touch to ask how I’d like to sample the new menu. And since AC had some good news to celebrate, I asked her to tag along and help me out. After spending too much time gossiping instead of looking over the menu, we finally settled on a range of dishes and cocktails to try out. Including the not so politically correct, but delicious, Hobo Mojito, served in a tin can. Obviously. 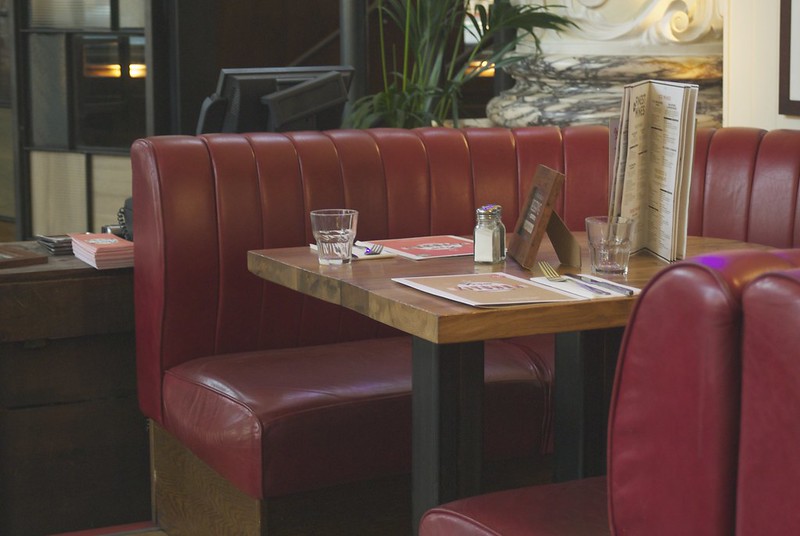 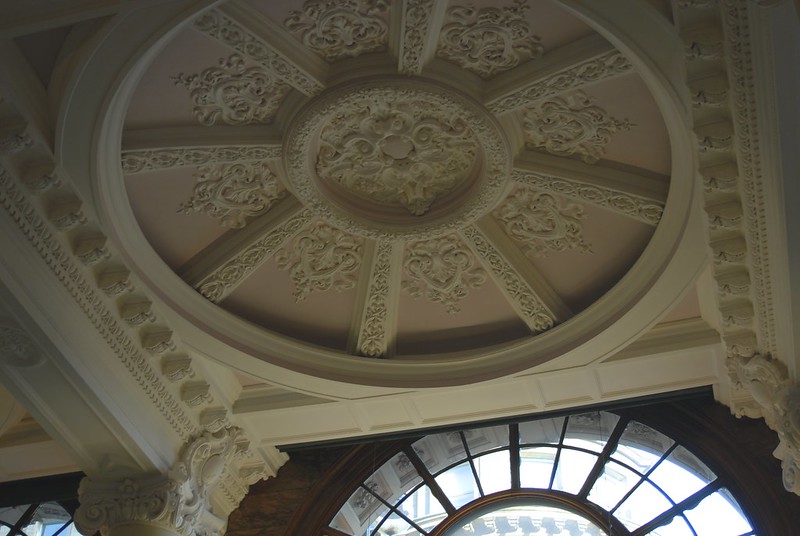 I’m never a fan of having just one big meal, so I figured if we just ordered a range of food to come all together, it was a better way to get a feel for the new menu. Starting with an order of Wild Berry Mojitos, the garlic flatbread with tomato, onion and basil, and the sweet potato wedges, we soon realised when the dishes arrived that we’d ordered far too much. For my main course, I chose the fennel sausage mac and cheese. Mac and cheese is one of those dishes I rarely have so when I see a decent looking one, it’s difficult to resist. And our waitress for the evening was certainly convincingly enthusiastic about it! I was clearly feeling greedy though so asked for a side of fire pit beans to go with it. A opted for a traditional stone baked, pizza margherita. And after a little bullying from the waitress and me, added beetroot and a spicy sauce to accompany. 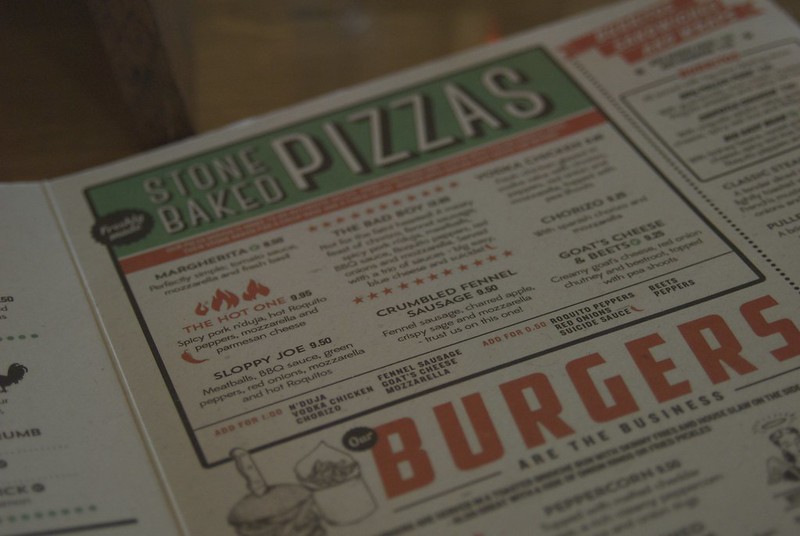 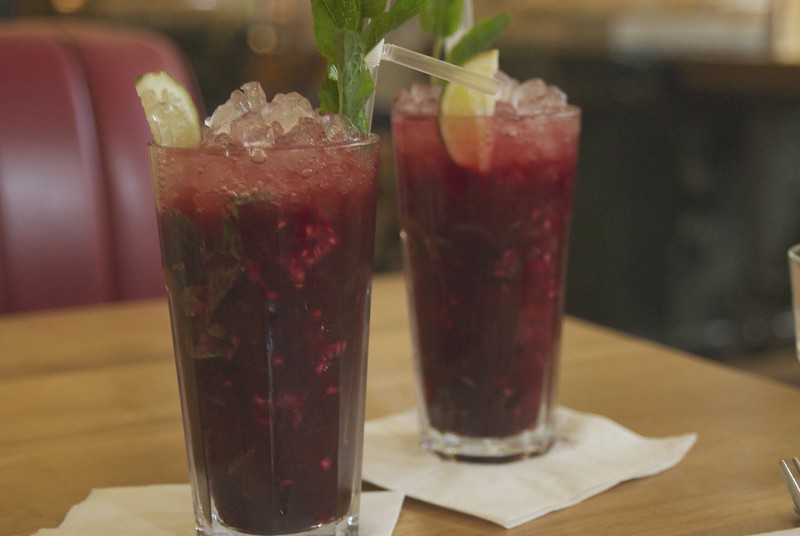 After being overwhelmed by the sheer amount of food on our table, we started digging in. What I really like about the new menu is that Rev’s have made a conscious effort to bring in something new. With a range of main courses, including traditional pub grub like burgers and their stone baked pizzas, they’re trying to spice things up by introducing sharing platters, dishes like Katsu curry, burritos and pulled pork. It’s quite an eclectic mixture which will no doubt help them appeal to everyone’s tastes. And I found myself a little confused by the choice. 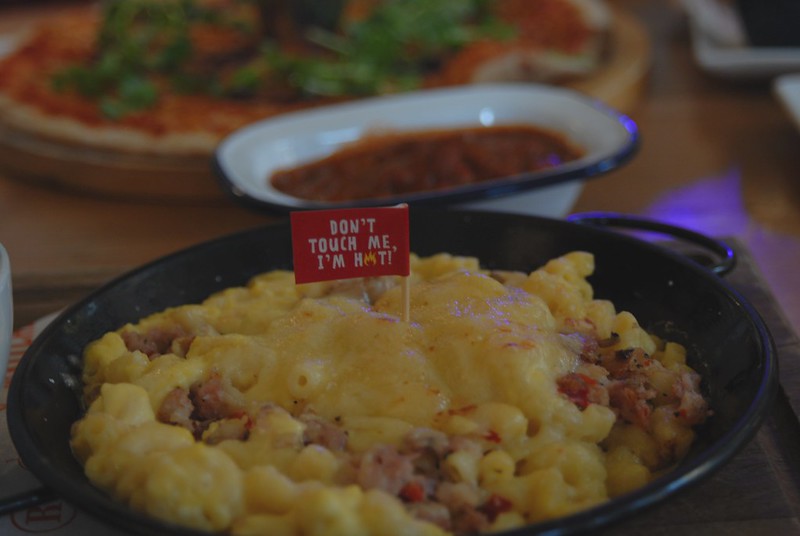 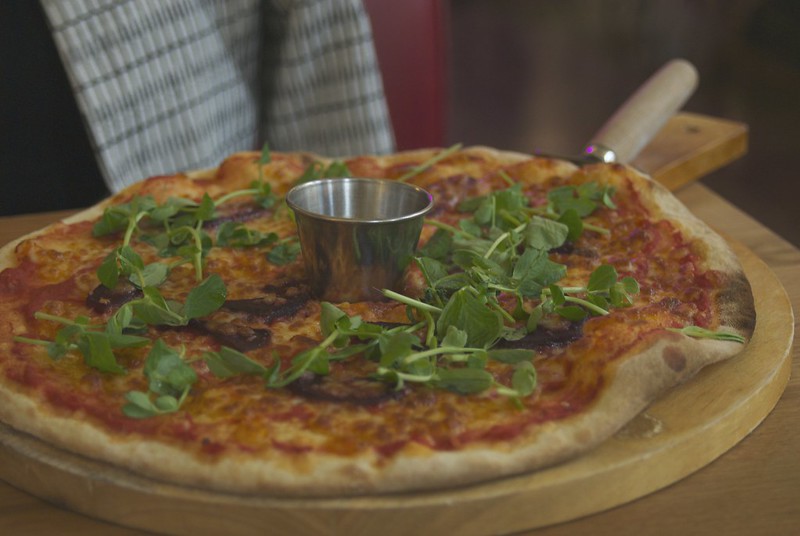 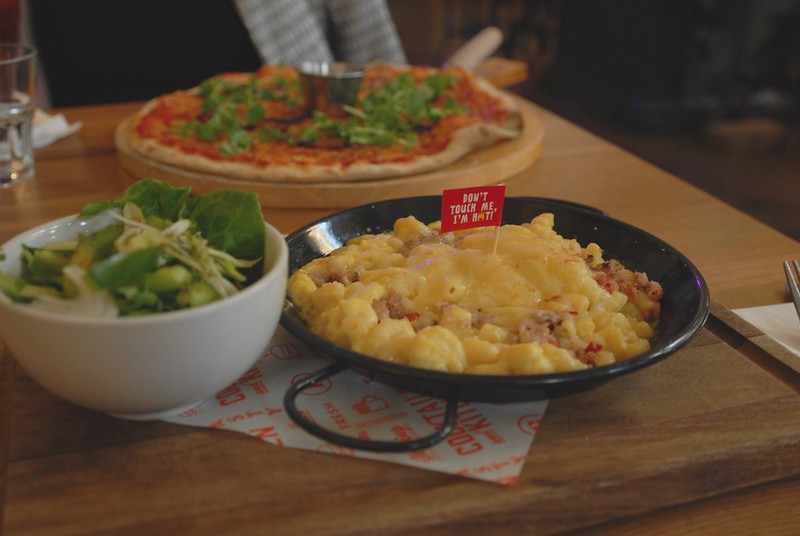 One of my main concerns with such a varied menu is that the kitchen suffers from offering up too many options. I’m a big fan of visiting places that stick to doing one thing well. That being said, I was pleasantly surprised to find our food not only well cooked but really tasty. Our only problem with the food was that since we’d opted for so much, we struggled to get through it all! 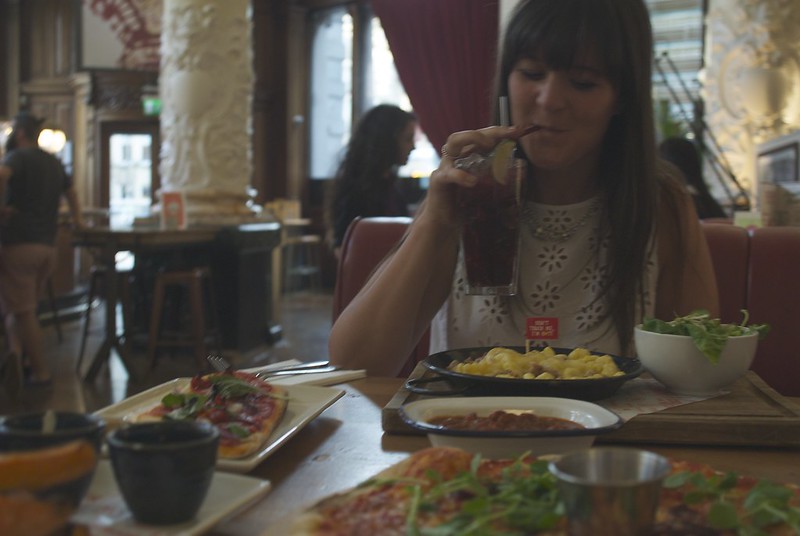 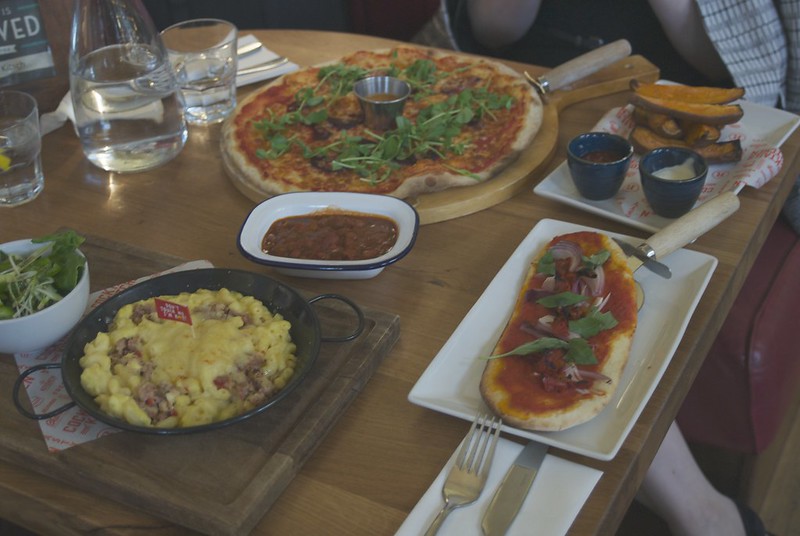 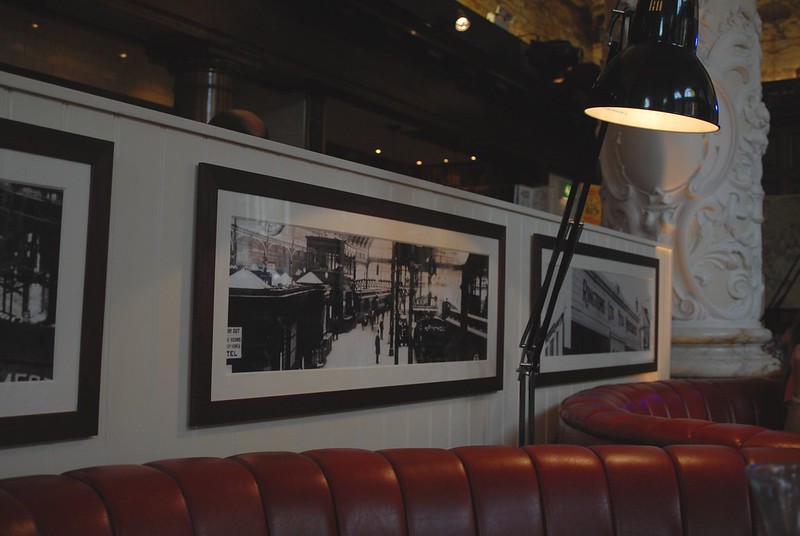