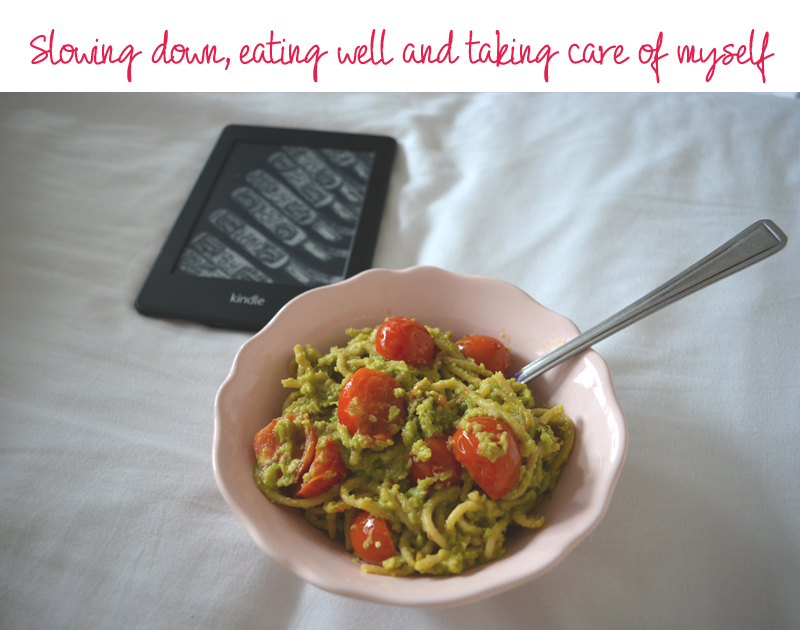 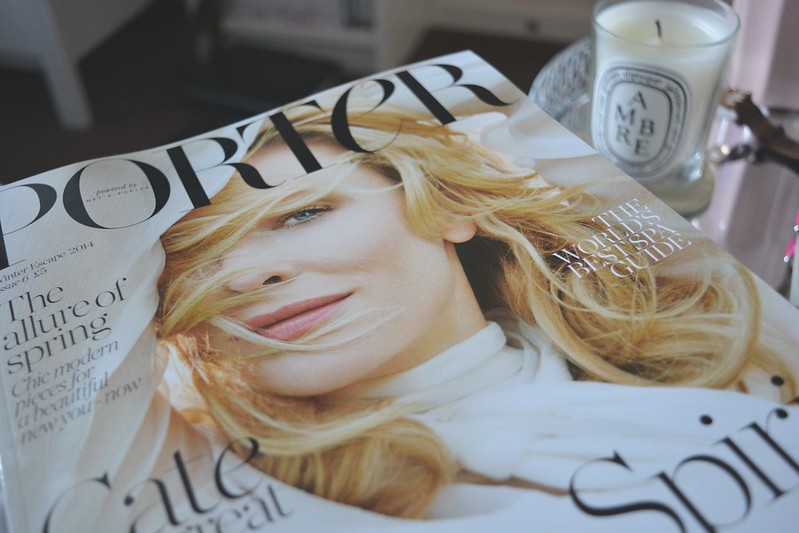 This week I’ve had to take some time off work. I’m the sort of person who’s always going 50 mile an hour. So trying to slow down a bit and unwind is something that doesn’t come naturally. But after having a bit of a shock recently, and seeing the signs of my anxiety manifest physically, I decided it was about time to listen to my body. I realised how much I’d been ignoring all of the signs that were telling me to slow down and take better care of myself. So after temper tantrums, and a lot of support from the people I love, I’ve been taking some time to get back to myself. And trying to do things that will make me happy, rather than worrying so much about the stuff I can’t control. Doing things like lying in and resting, instead of feeling guilty for not getting things done. Like finally getting around to reading the magazines that have been stacking up for longer than I’d like to admit. And of course eating well.

Since I realised how run down I was, I’ve been making an effort to increase the protein in my diet to help my body heal itself. Which generally means I’ve been eating a lot of eggs and avocado. The pasta in the photo is inspired by a recipe on The Londoner. But since I’ve not really ventured out the flat much, I changed the recipe to something a little simpler. Making do with what I already had in, rather than going out for ingredients. It’s dead easy and it’s full of goodness so if you want to try out my slightly more simple version (which serves 2 people), you’ll need:
2 avocados
1/2 lemon (or some lemon juice)
1 teaspoon of chilli flakes
1 teaspoon of parmesan (or any hard cheese)
A handful of cherry tomatoes
A handful of spaghetti
Once your pasta has boiled, peel and mash up the avocado in a small pan (I used a potato masher), squeeze in the juice from the lemon, along with parmesan and chilli flakes. Add this to the cooked pasta along with the chopped cherry tomatoes (so they don’t get squished while you’re mashing) and stir until the mixture coats the pasta. Then all you need to do is enjoy! Adding more parmesan is optional but thoroughly recommended.