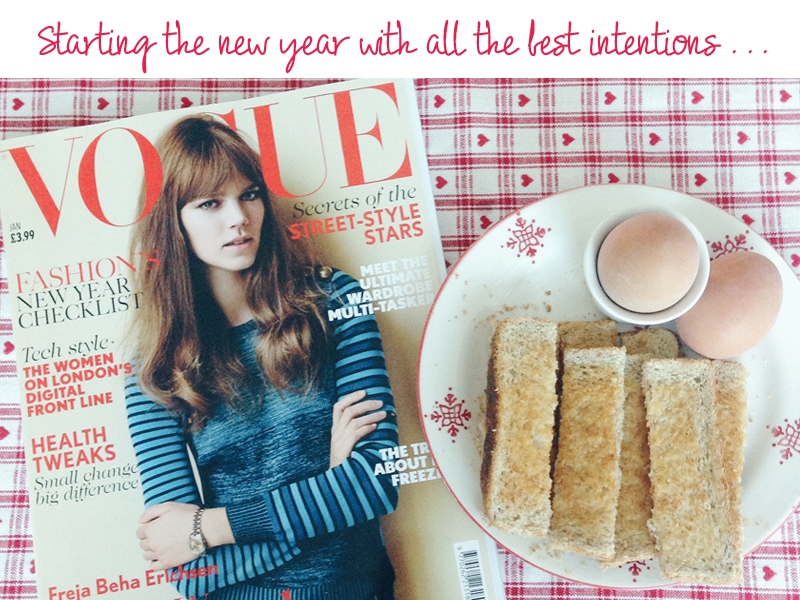 After spending the last two days recovering from a pretty excessive New Year’s Eve filled with sequins, surprise visits and far too much prosecco, I’m finally starting to feel like myself again. And after waking up to a mountain of McDonalds, I’m not going to waste my breath on the whole New Year / New me stuff, or bleat on about wanting to eat healthy. I’ve decided to have a year without New Year’s resolutions. 2014 was a bitch of a year, and while there are some changes I want to make, I’ll not be making myself a list of resolutions designed to set me off on the road to ‘being a better person’. Instead, my only resolution, or promise to myself, or whatever you’d like to call it, is that I want to live purposefully this year. Now before I lose you, I’m not trying to get all philosophical. What I mean is that after a bit too much bad news and a whole load of horrible things happening, I’ve realised that maybe it’s time to stop worrying. Stop worrying about the things that may or may not happen. Stop worrying about the things that are out of my control. Stop worrying about what I should say, or how I should act. And just enjoy now. I’m an over-thinker (and over-analyser) by nature, and while that isn’t going to change, I’m making a conscious effort to trying and stop sweating over the stuff that really doesn’t matter. So this year, I’m going to do more of the stuff that makes me smile and not going to look too far ahead. I’m going to let myself lie in late without feeling guilty about not doing anything. I’m going to not get stressed about blogging and try to ease myself into more of a consistent routine. I’m going to give myself more time to read. But most of all, I’m going to concentrate on immediate happiness, because life’s too short to worry.