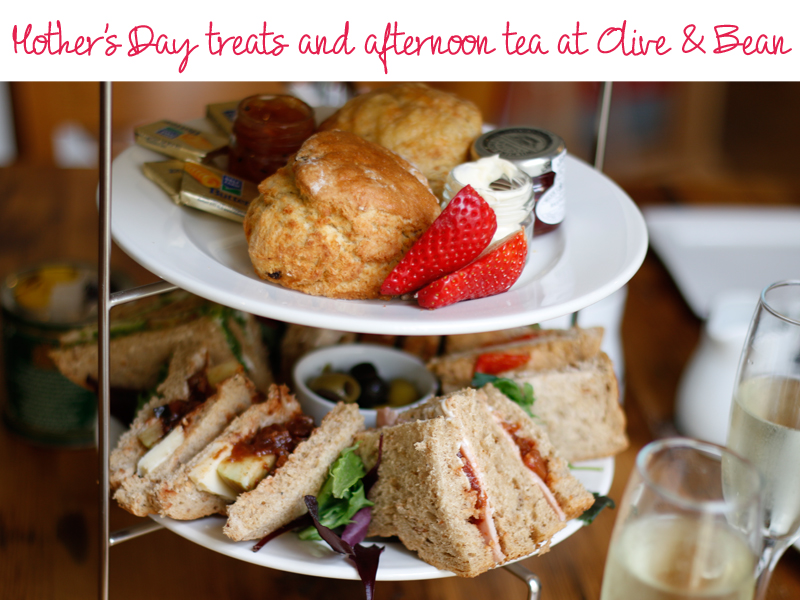 At the moment I’m in the weird sort of position where I’ve got more posts piling up than I have time to write.. I seem to be out nonstop taking photos and gathering content for posts. And now I’ve got a bit of a backlog. So although Mother’s Day was a couple of weeks ago, I’m just catching up now! Anyway.. Joe Blogs Network got in touch and asked how I’d like to contribute a review to Millennium Hotel’s Guide To Newcastle. And with Mother’s Day creeping up, I thought what better way to treat my mam than to afternoon tea from Olive and Bean. Which is without doubt, the BEST place in Newcastle for afternoon tea. We opted for the Even More Luxury Afternoon which comes with two glasses of prosecco, luxury sandwiches, olives, home made scones with clotted cream and jam (or cheese with spiced chutney and butter), home made cakes and bite size berry salad, teapigs tea and two glasses of prosecco. And priced at £28 it’s a pretty reasonable treat for two people. 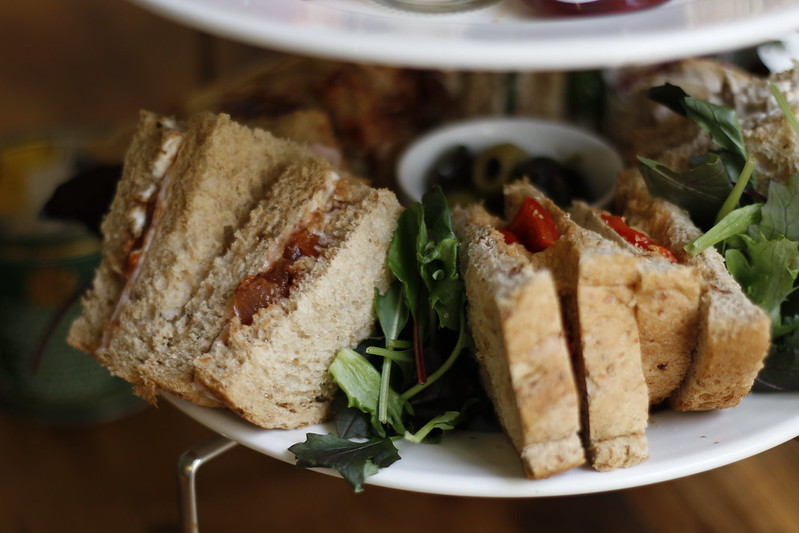 When it comes to afternoon tea, I’m a pretty hard person to please. It’s not enough to just have a great cake selection but then a couple of scabby finger sandwiches. I like places that make as much effort with every element. And Olive and Bean is one of those places. So obviously it was the ideal treat for Mother’s Day. Everything from their sandwiches and scones to the little selection of cakes, is carefully considered. And it’s the one place I’ve found that doesn’t go for the obvious egg, salmon and ham combo of sandwiches. I’d even go as far to say O&B’s sandwiches are one of my favourite parts of their afternoon tea! The selection we had included pesto and chicken, tuna mayo and jalepeno, hummus and pepper, ham and some sort of chutney, and cheese, apple and chutney. Much more interesting combinations than the usual selection you’d find! And apple, cheese and chutney one was a particular favourite. 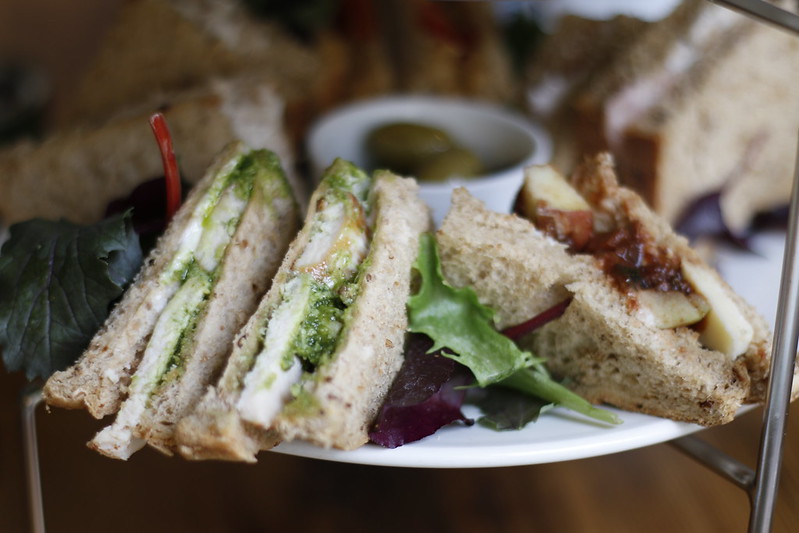 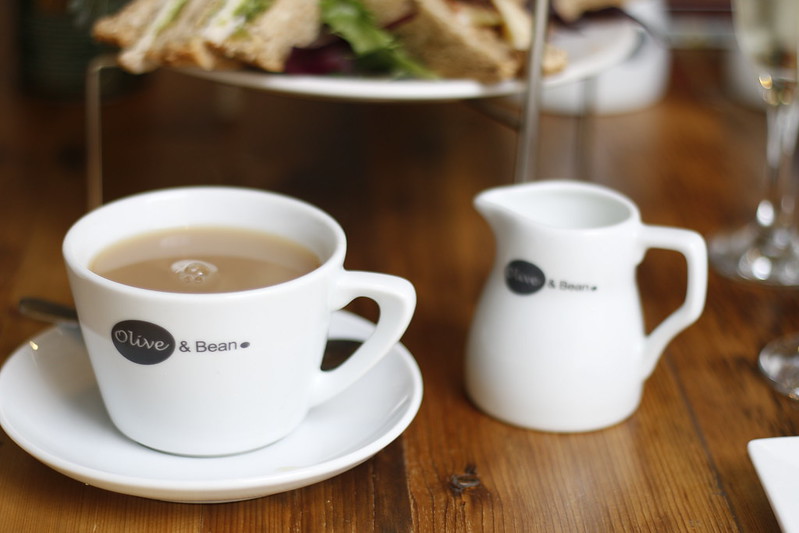 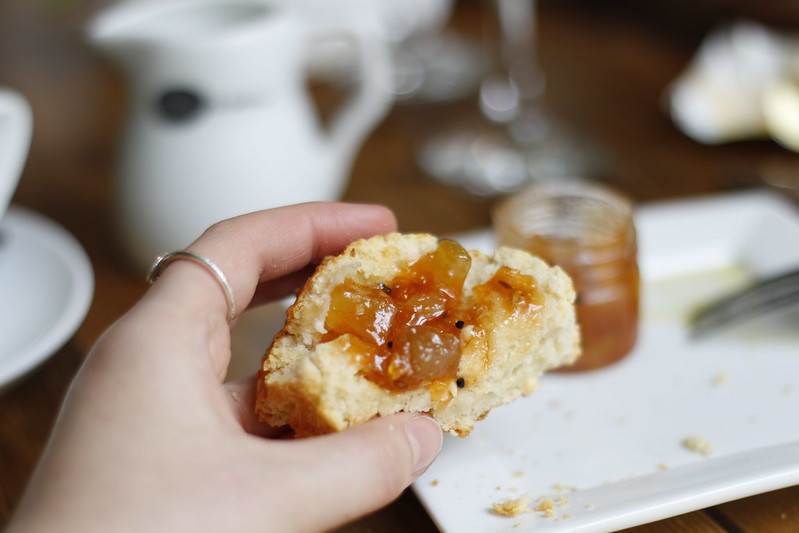 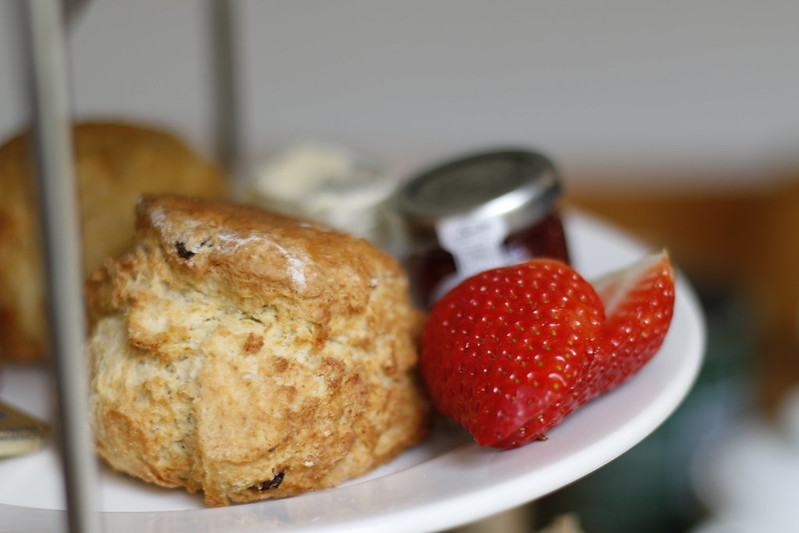 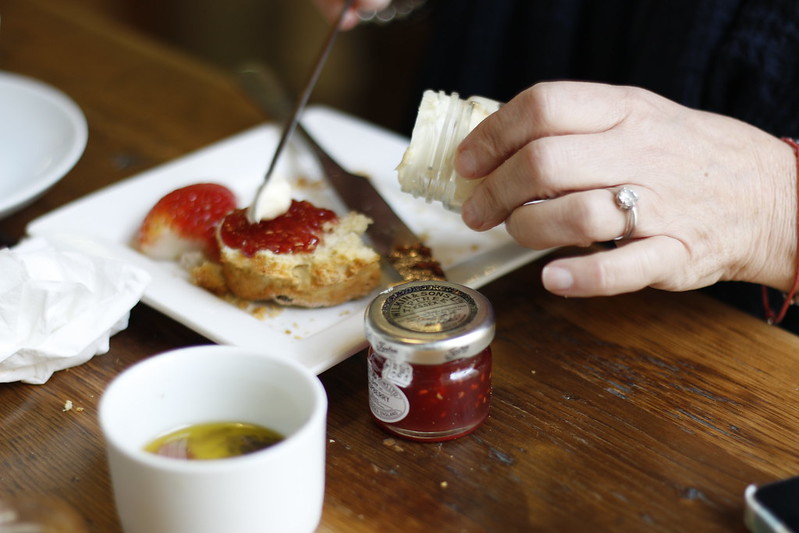 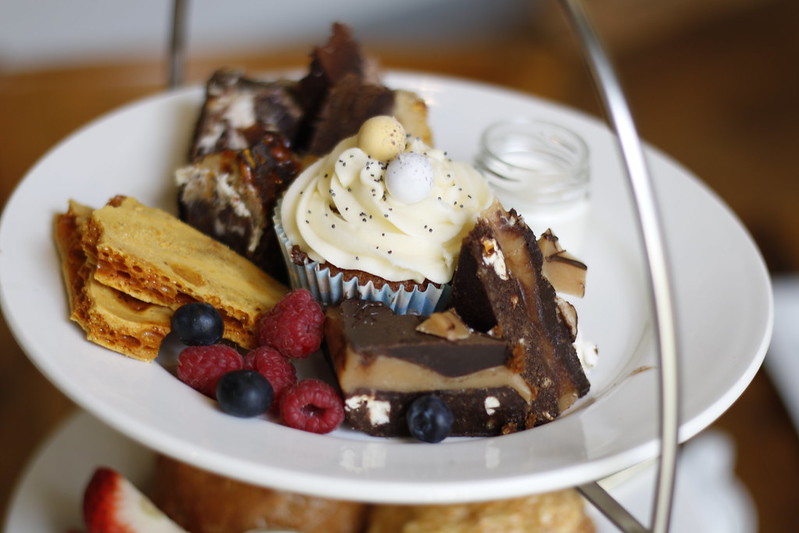 Since Olive and Bean’s portion sizes are HUGE, we knew there was no way we’d be able to finish the full afternoon tea. So we decided to share the scones, opting for one cheese and one fruit. The cheese one was the perfect complement to the sandwiches, served with soft butter and a spiced mango chutney. Although I’d still say that I’m more in favour of fruit scones in general. Having afternoon tea is pretty much the only occasion where I get to have clotted cream and jam, so any excuse really. Both the fruit and cheese were incredibly light (not stodgy or dry like you sometimes find with scones), but pretty filling so we only managed about half each. We’re not the biggest eaters so by the time we’d got to the sweet treats, we were starting to struggle. After managing a couple of berries, a bite of cinder toffee and a nibble of brownie, I had to admit defeat. But it meant we headed home with a big doggy bag of goodies for later that evening! Always a bonus. It’s not the sort of thing you can have every day, but after a few visits now, and consistently good food each time, Olive and Bean has firmly established itself as one of my favourite places in the city. And definitely the nicest afternoon tea that the Toon has to offer.

Big thanks to Joe Blogs Network for arranging my review.