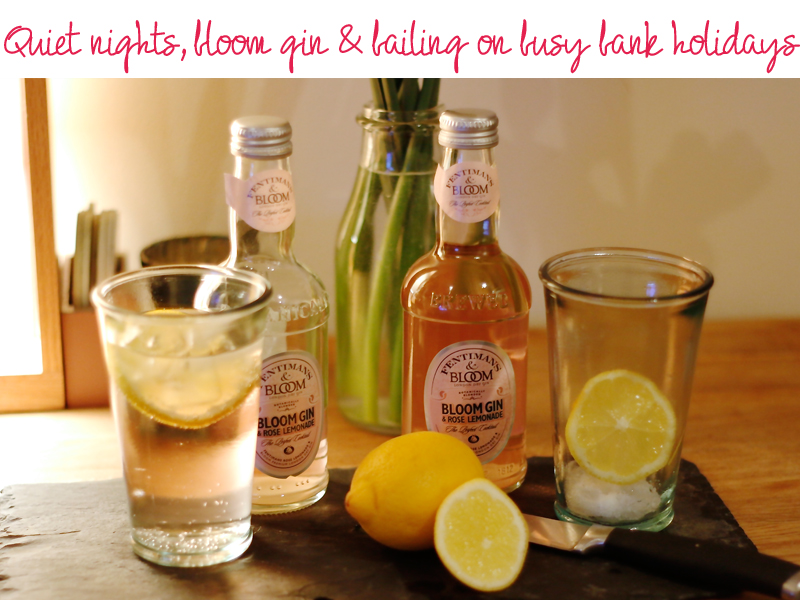 Usually I’m all about making the most of my bank holidays. Three day weekends don’t come around too often, so I’m usually trying to find ways to cram in as much as possible. This weekend though I decided I need a break. And instead of trying to cram in as much as possible, I decided I needed a little space from everything and everyone. Which is weird for me. I’m about as far from an introvert as you can get without being a serious pain in the arse, and I love being around other people. It’s not really that I hate my own company, or that I’ve got ‘fear of missing out’. I just like to keep busy. But after a mental few weeks, I’ve needed a step back. I’m not quite ready to hang up my party shoes and become one of those bloggers that claims to love nights in with cosy PJs. I don’t. But right now I’m giving myself a bit of down time and keeping my pennies for my upcoming travels this summer.. not to mention having some much needed catch ups with my favourites. And what better way than with a couple of bottles of Bloom Gin and Rose lemonade from Fenwicks, new Game of Thrones and stuffing my face with pizza? Staying in isn’t the new going out, but I’m happy enough to enjoy a little JOMO for now. Recently, I’ve been challenged by Ladbrokes to enjoy a night in (instead of heading out partying). Instead of spending my hard earned cash on alcohol, I’m going to arrange a girly night. And as you can probably guess, it’ll be involving pizza, good ice cream, films, the works! Their research has shown that the majority of 18-24 year olds say it’s the photos that make them feel like they’re missing out the most, and they feel even worse about missing out if they see photos and comments on social media. But then what beats a great night in with the girls.. and knowing us lot, there’ll still be instagrams and photos all over social media even form our night in!