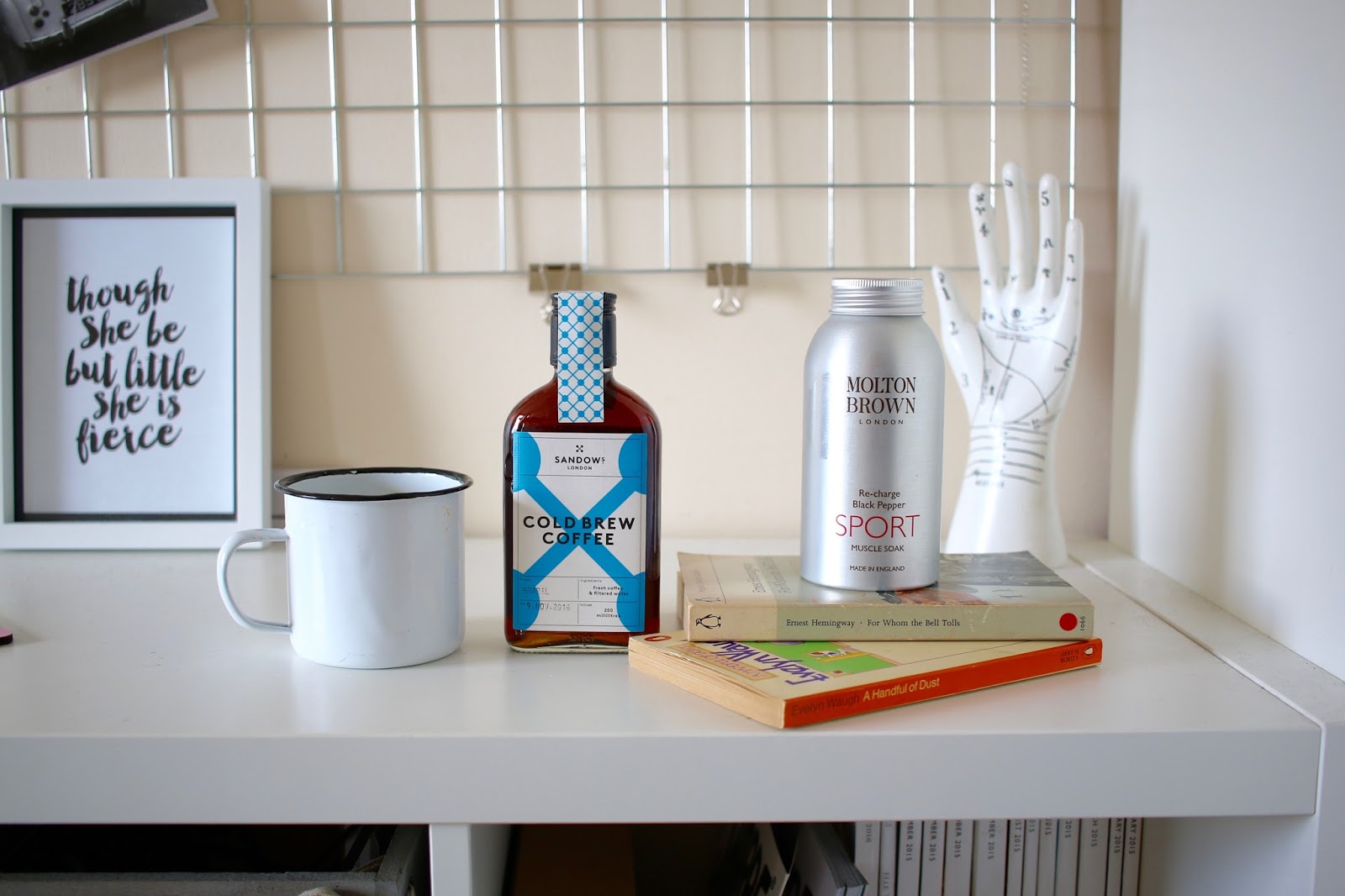 This had initially started life as a 'taking time for yourself post work-out' but having been struck down by either a series of flues (or a monster one that just keeps rearing its head when I think I'm getting better), working out has kind of been the last thing on my mind. So I have to admit that my pass for the Marriott Gateshead might be getting a little dusty while I focus on getting myself back to better health. One thing I have been learning from becoming a regular gym goer (and generally a more active person) is how important down time really is. I've always been the sort of person to run at 100 miles per hour. So adding the gym to an already pretty hectic routine felt like a pretty impossible feat when I started by Fit in Six campaign!

However, after a few weeks working with the guys at the Marriott Gateshead, building a routine that focused on raising my stamina with a lot of cardio (and some strengthening), I noticed a huge increase in my general energy. I've always heard people say one of the main benefits of exercise is the more you sweat, the better you feel, but I've never really believed it. I also have noticed that regular gym sessions help improve my focus and cut down my procrastination time (mainly I think because they leave me with less free time generally). Despite the feeling like I now have the time (and energy) to take on a load of extra stuff though, it's actually made me see the benefits of slowing down a little more and enjoying my downtime. And not feeling guilty when I indulge myself for a few hours.

Indulging yourself post-work out (or when you're feeling under the weather) might be something as simple as treating yourself to a chocolate bar, or binge watching a new boxset when you get back home. It's not so much what form it takes, it's more than you're giving yourself a few hours to do whatever you like. And here's the important bit... without feeling guilty about not being productive. Because remember that rest time is productive, and whether it's physical or mental exhaustion, you need to give your body a chance to repair itself before you start again.

1. Enjoy good book and a hot bath
Ok so I know the bath thing won't be for everyone, but there's nothing I love more than a good soak with a great book and a glass of wine. I started using this Molton Brown Sport Black Pepper Muscle Soak shortly after the Newcastle store opened. It's an amazing soak for helping ease aching muscles and it didn't take long became my favourite post-workout treat! With Madagascan pepper oil, sweet cardamom and zesty grapefruit, the scent is both soothing and invigorating. More recently I've been discovering that this is also a great product for the achey bones you get when you're full of flu!

2. Treat yourself to an extra caffeine kick
While increased exercise might give you an energy boost, I've noticed that I'm still craving a little extra caffeine. But one without all the additives and extra sugars that give you a headache. I'm starting to crave hot over cold drinks right now, but over the summer one of my favourite cold brews has been Sandows. Made from fresh coffee and filtered water, Sandows is brewed slowly and without heat to extract minimal acidity. Unbelievably refreshing, you can pick up their glass bottles in most M&S stores and it's way better than your usual syrupy cold coffees.

3. Plan a spa trip or a little city break
If you've been following my blog or Instagram for a while now, you'll know I'm a big fan of escapes. Whether it's a trip to a spa (one of my favourites is Seaham Hall who offer amazing Twilight Spa Packages) or a city break, there's nothing like getting away for a few days. I know holidays can be pretty tiring sometimes but there's nothing beats a short city break. Whether it's a weekend of sightseeing in London or a short trip to Paris to just enjoy eating, drinking and wandering around, like this weekend's impulse trip I booked a couple weeks ago...

When you're putting your body under the physical strain of exercise, that all important rest time is vital for letting your body heal and repair itself. It's the same as if you're feeling overwhelmed at work or uni, or your body is so run down that you keep catching the flu. Taking time for yourself and enjoying a little rest is sometimes the most productive thing you can do.