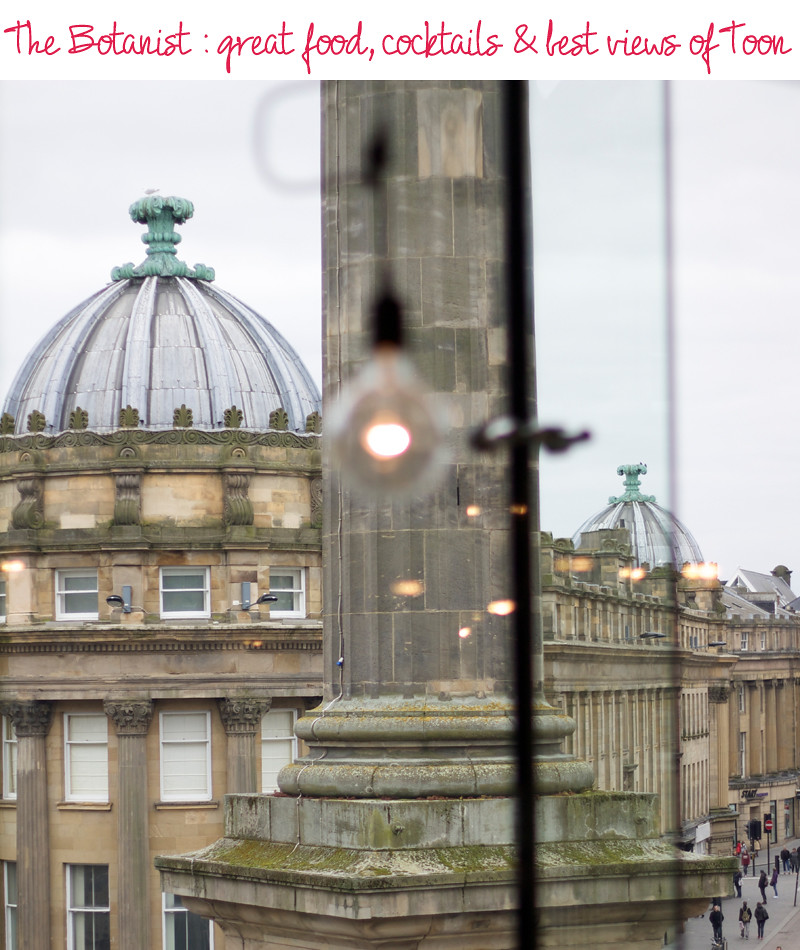 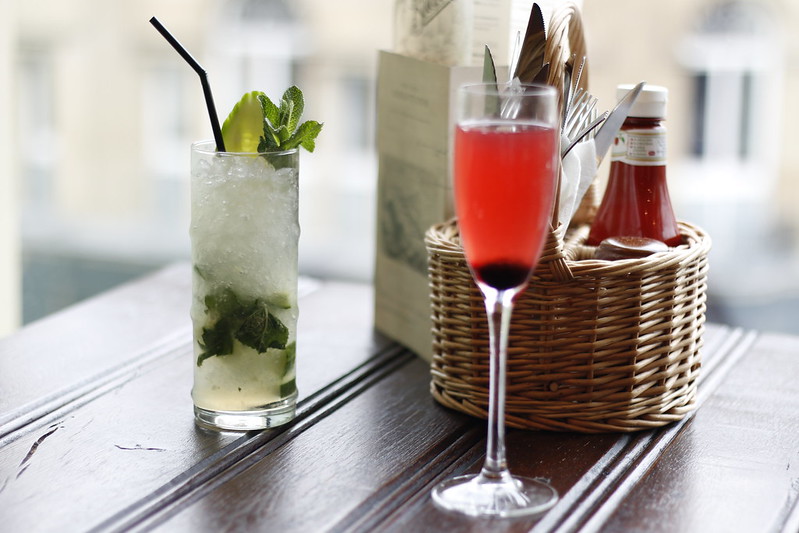 There’s not many places with a great cocktail menu, good food and amazing views of the city. So The Botanist is a welcome addition to Newcastle, taking over the shell that was Monument Mall. It’s one of those places I’ve been meaning to write about for months now. I was lucky enough to get invited along to their opening and enjoyed sampling a LOT of their cocktail menu. And like Sarah, I kept thinking I’d get around to writing about it when the buzz died off. Since they’re always so packed, no matter what night of the week it is. But yeah, that’s not quite happened yet. Not many places still command a queue outside their door on an afternoon five months after opening. Yet The Botanist is still managing just fine most weekends. After visiting on a few occasions, I thought it was about time I got along for a proper review. So cameras in tow, me and Charissa headed along a couple of Saturdays ago. There’s nothing like enjoying a few Saturday afternoon cocktails and a feast. And even better having it served up with amazing views of Grey Street. If you’re looking for an impressive place to take someone for dinner or drinks, you can’t beat floor to ceiling windows with views on the pretty street in town, then look no further. With graduation creeping up in the next couple months, I’d definitely recommend looking at booking somewhere like The Botanist. The mixed menu means that there’s something for everyone. And the views of Newcastle can’t be beaten. So whether your family is from the North East or not, it’s still going to have that wow factor you want for your special day. But anyway, I’ll get on with telling you about the food, shall I? 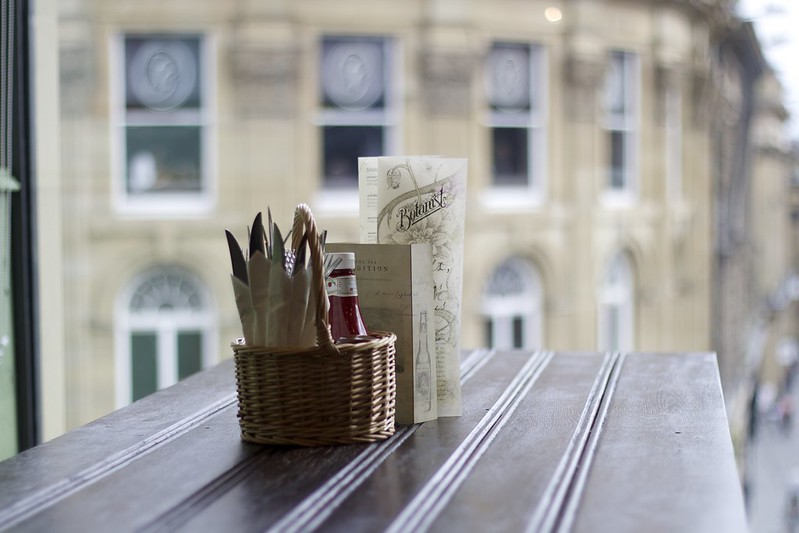 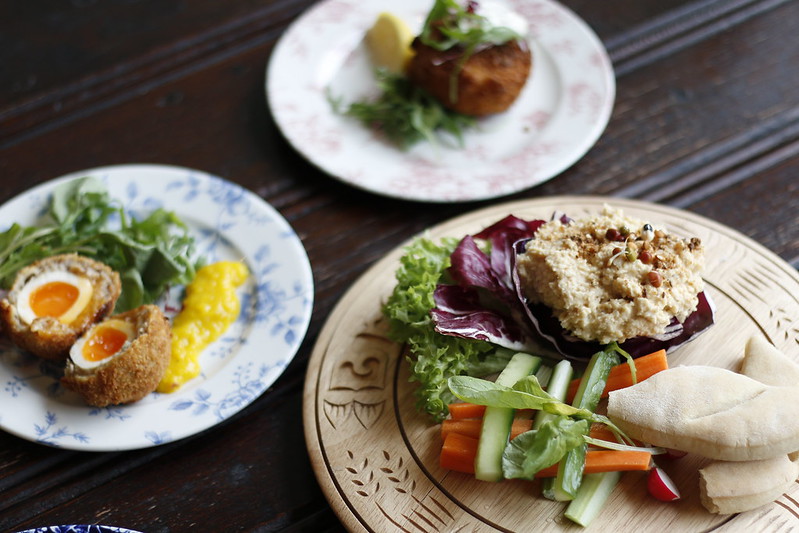 The first time The Botanist ever came on my radar was when I visited their Leeds venue. So I was already well acquainted with their drinks menu. They offer a selection of local ales but really it’s their cocktails that stand out. As the name suggests, they’re all inspired by botanicals. So when they opened in Newcastle, I’d already had a sneak preview of what to expect. There’s far too many to choose from but my favourite by far is the sloe cherry fizz, an amazing cocktail of prosecco, sloe gin and cherry liqueur. So obviously I had to order that, and Charissa opted for the refreshing English Mojito. When it comes to food, most places right now are sticking to the idea of doing a few things well. The Botanist is an interesting one, in that their menu is a pretty mixed bag, from mezze to scotch eggs, and chicken pie to thai curry. But somehow they manage to pull it off. With a pretty extensive list of options, we couldn’t really pick what to get to start off. So we settled on a few options to share. We’re both suckers for scotch eggs, so obviously they were our first choice. We also ordered the smoked haddock fishcake and homemade hummus with crudites and flatbread. The scotch eggs were definitely the highlight, served runny in the middle and with a dollop of piccalilli. The fishcake was delicious and fluffy. But isn’t real a share size because it’s not really that big. But with the hummus and scotch eggs, there was plenty for a starter between us. I’ve never been a huge fishcake person in the past, but I’m definitely a convert now. The hummus on the other hand wasn’t the best I’ve tried. It was seasoned with a lot of Moroccan spices so was a bit too fragrant for my liking. 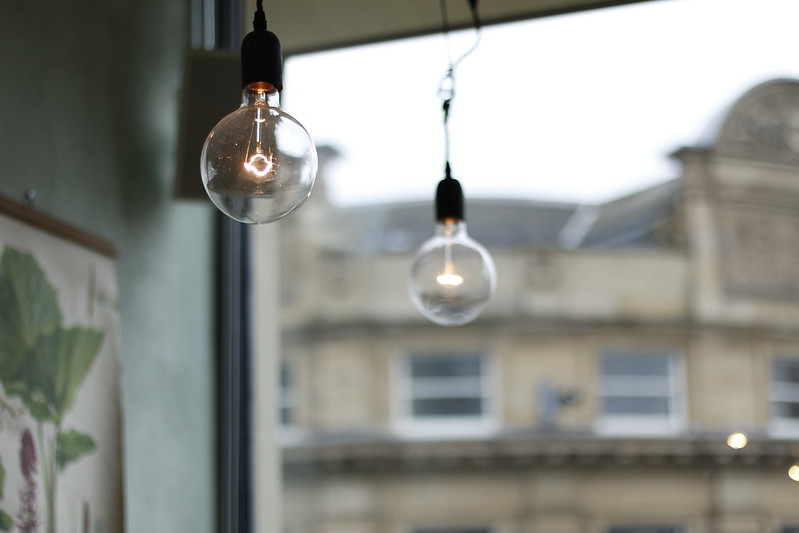 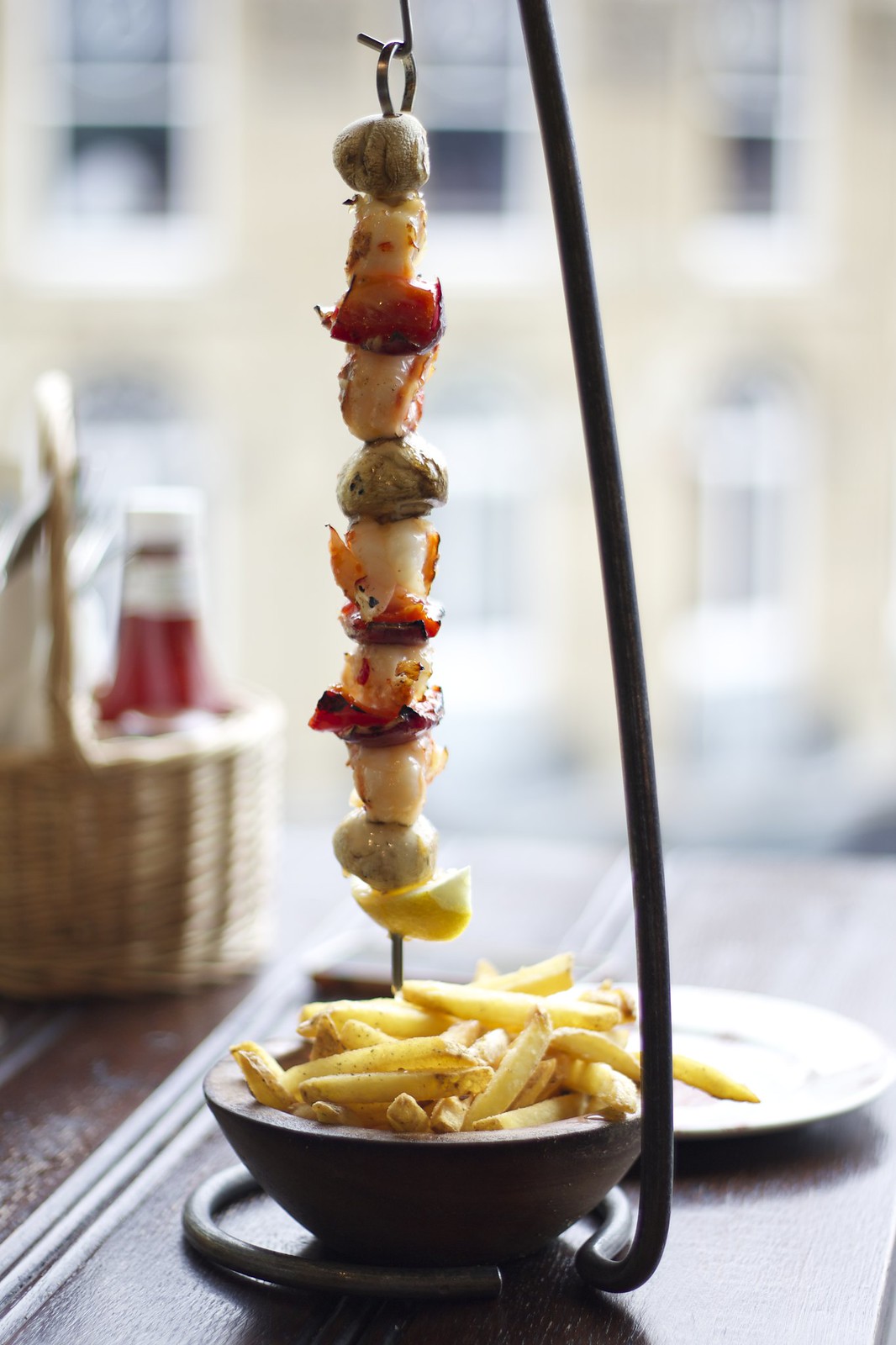 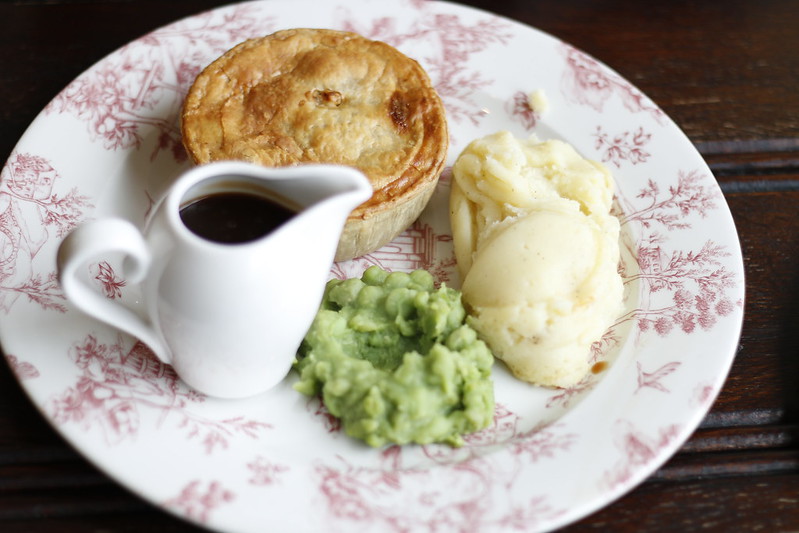 For my main course I settled on one of The Botanist’s renowned hanging kebabs. They’re sopped with chilli, garlic and ginger and served with a garlic salted chips. After much deliberating, I settled on the king prawn one. And Charissa chose the chicken and mushroom pie served with mushy peas and mash. Since I’ve been a few times for food, I’ve sampled a couple of the different mains. They’re always pretty consistently good and usually a generous size portion. This time was no different, but I was left a little disappointed by the kebab. It was ok, but it wasn’t as impressive as it looked. And I much preferred the flattened rump steak that I’d tucked into on my last visit. The steak was thin, well seasoned with chilli and garlic salt and served with a load of chips. The kebab I had this time was well seasoned and the sauce was good, but nothing about it was amazing. Which is slightly disappointing for their signature dish. On other visits I’ve also tried the lamb tagine and the Thai green curry, and enjoyed both. So maybe it’s just the kebabs? Either way, the kebab probably isn’t the first thing I’d recommend someone. But it did feel like a fairly healthy option. 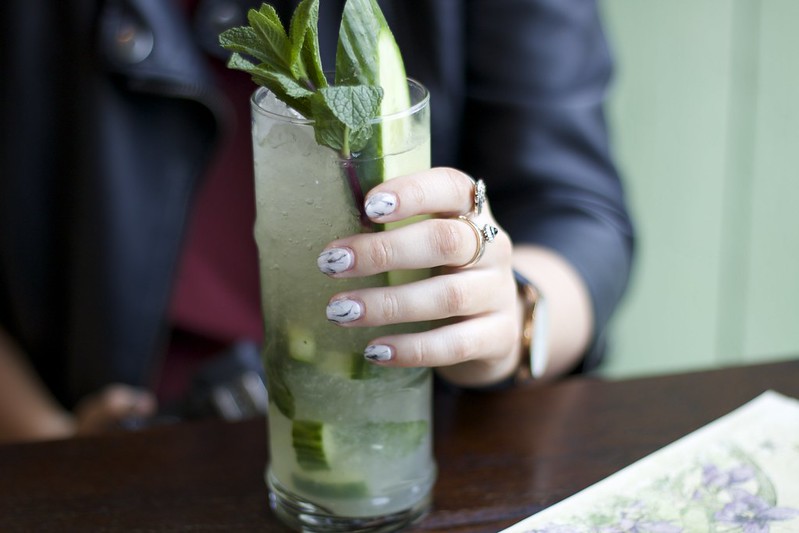 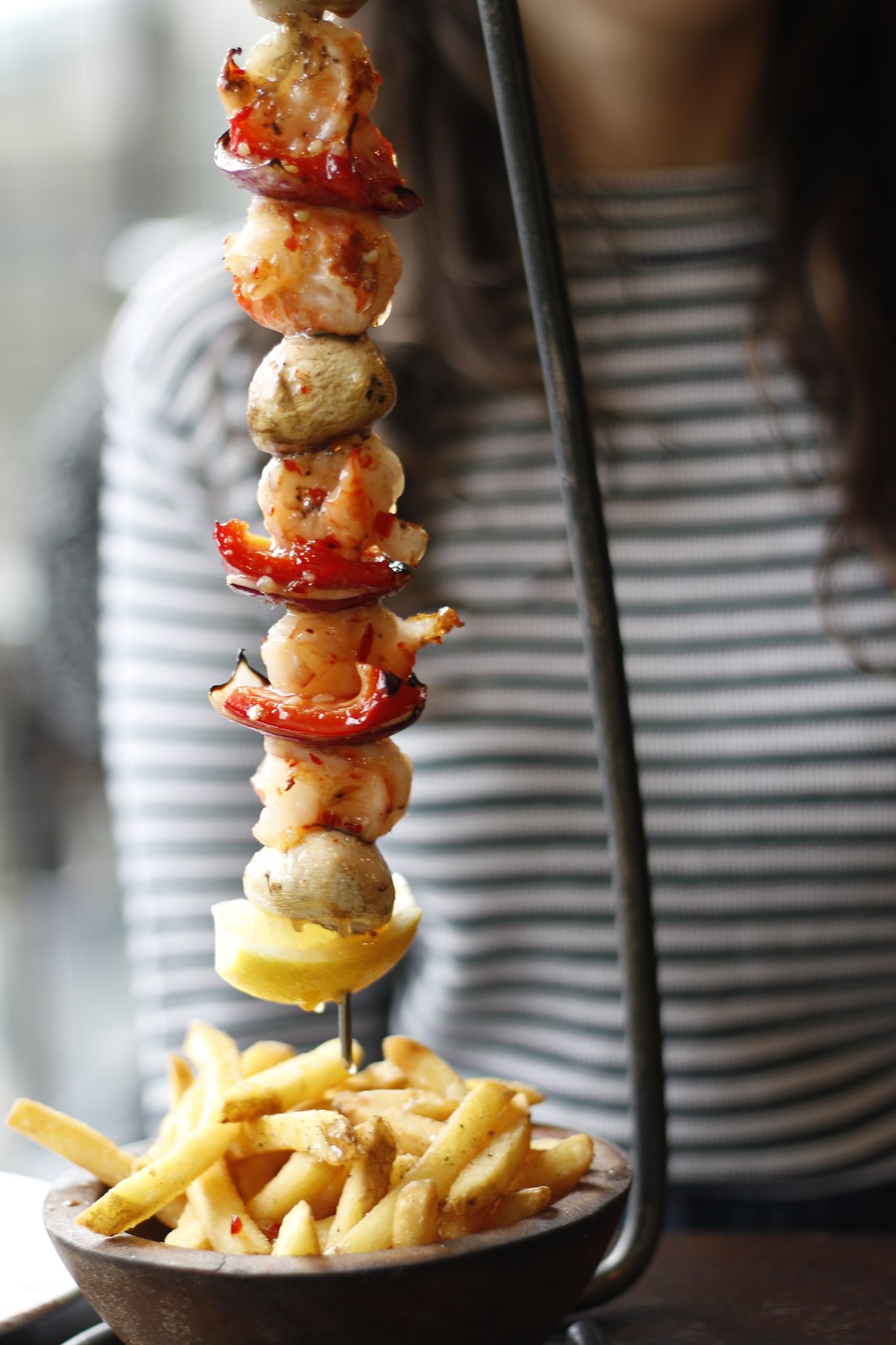 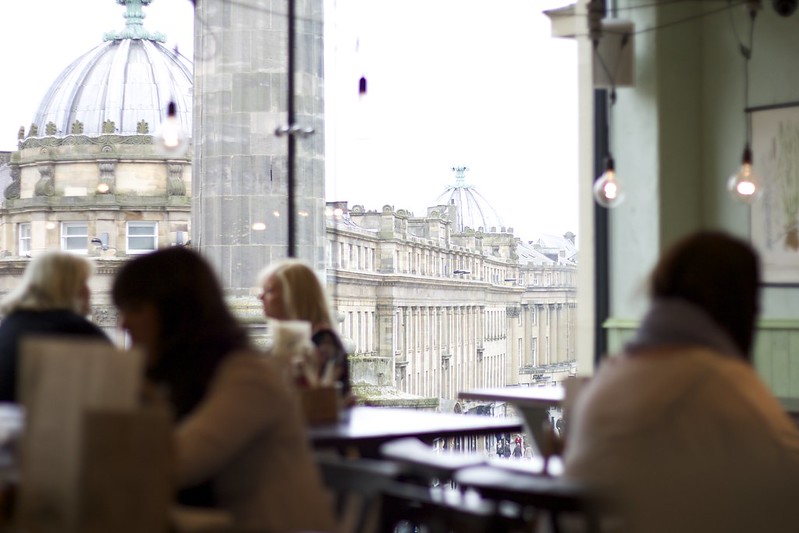 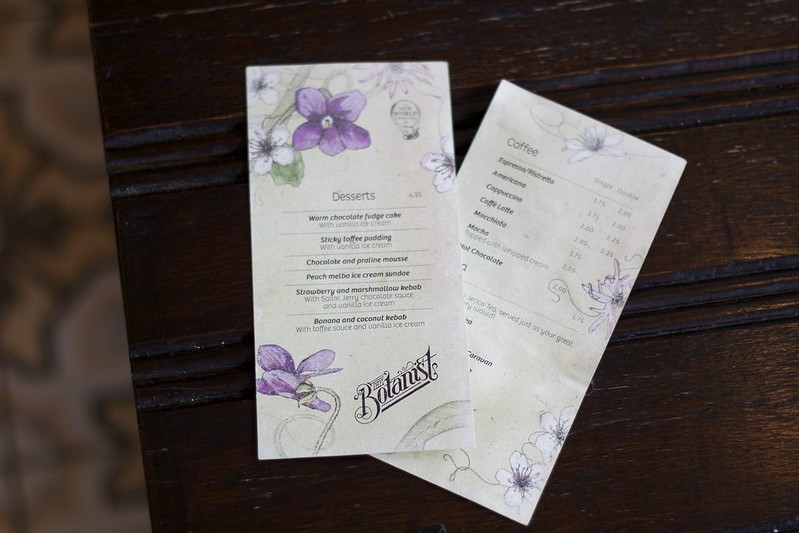 Although we were both stuffed after our mains, we couldn’t resist getting desserts. After a lot of deliberating we settled on the peach melba icea cream sundae. A tall glass of layers of cream, ice cream, peaches, biscuit and raspberry, it was too rich not to share. So we grabbed two spoons and got to work. And rather than opt for coffees, we settled on the chunky Turkish apple tea. Filled with chunks of apple and rosebuds, it’s a deliciously fragrant but refreshing tea. It was the perfect accompaniment to our rich and fruity sundae. And the perfect end to our amazing feast! 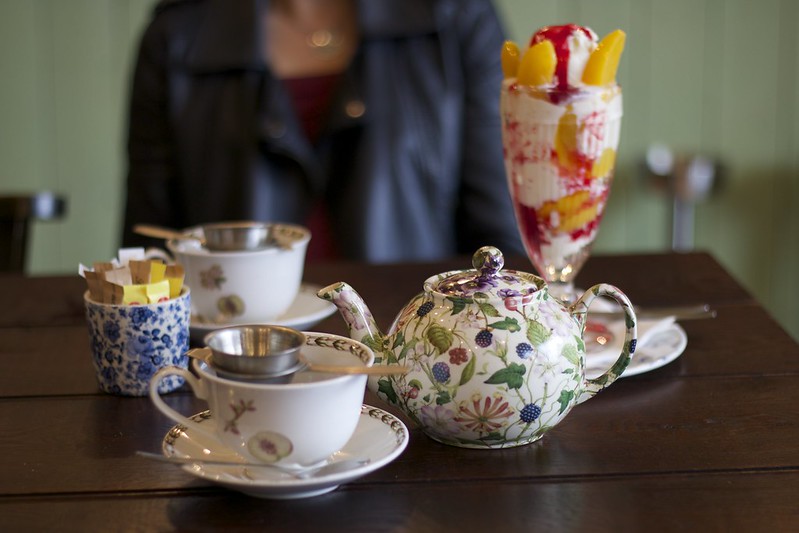 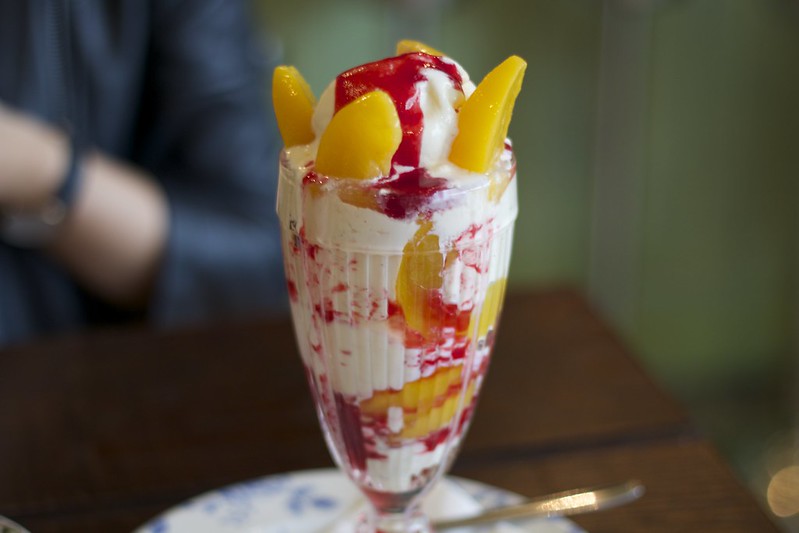 Big thanks to The Botanist team for having me!